we are now open for delivery!

Visit our menu. You can now order via Swiggy/Scootsy. If you do not fall under the delivery radius, WhatsApp us on +91 9619562307 for delivery queries. For any further queries write to us at reservations@thebombaycanteen.com

Swiggy SCootsy
About Us

Condé Nast Traveller ‘Where in the World to Eat’ 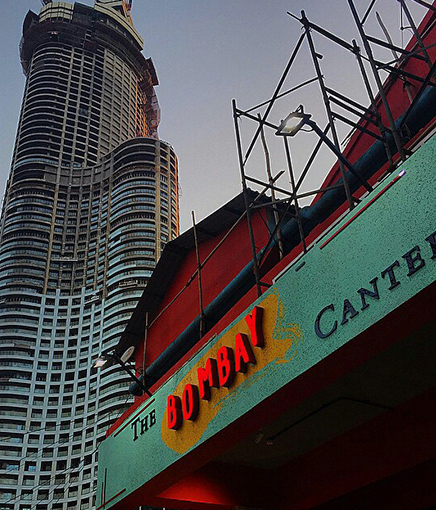 The Bombay Canteen is a café and bar that is Indian at heart.

Housed within the bustling metropolis of Bombay, it prides itself on recreating local dishes and reinterpreting age-old Indian traditions, to create an experience that toasts the old times and celebrates the new. The kitchen presents the classic yet unexplored charm of India’s diverse regions, marrying them expertly with familiar flavours. And the bar, a great place to hang out at The Bombay Canteen, has a unique selection of reimagined classic cocktails with firm Indian roots. Each dish and drink has a story to tell, promising you an exciting journey on a plate (and in a glass)! 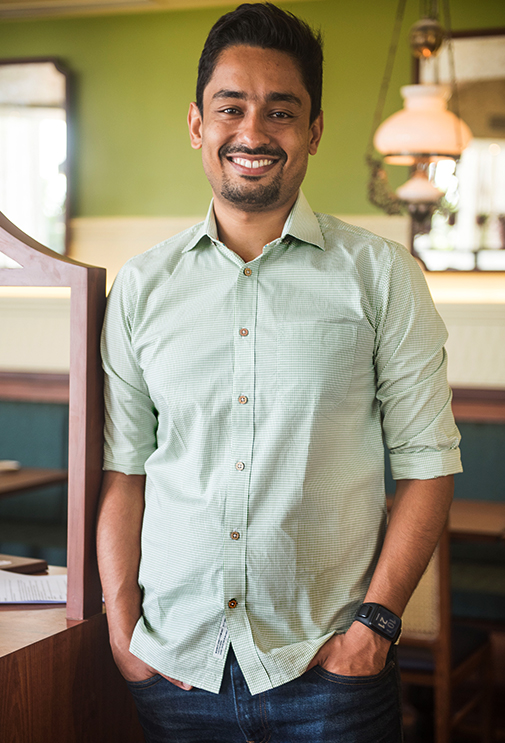 Sameer started his career as a banker but within no time he realized his true love lies in the restaurant and food business.

His childhood was spent in Delhi from where he went to Cornell University’s Hotel School. Whilst in New York, Seth got a chance to work with some amazing restaurants, such as Chef Daniel Boulud’s Bar Boulud and Danny Meyer’s North End Grill. It is at the latter, where he met his mentor, friend and the Culinary Director at The Bombay Canteen, Chef Floyd Cardoz. And this is where all the fun began and the restaurant’s concept came to life. 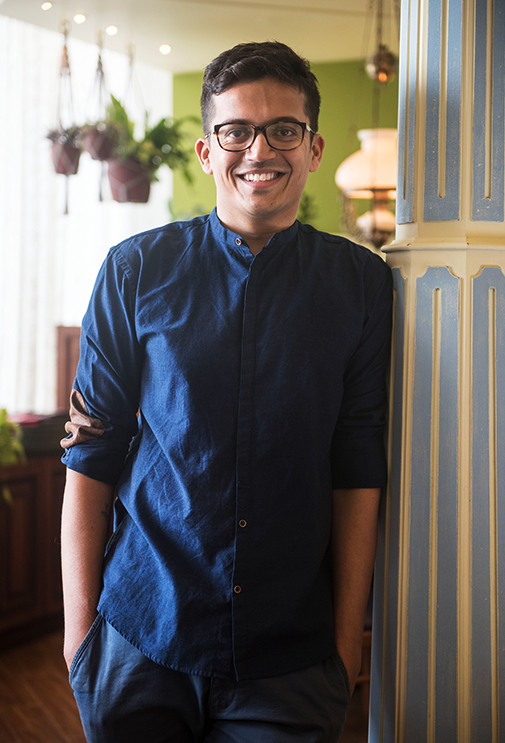 Having travelled and worked in various countries from Mumbai to Chicago to Singapore, Yash has had the opportunity to explore local rustic cuisines; new restaurants and drinks along the way.

All of these sights and smells have played a great role in moulding the concept behind The Bombay Canteen. Yash graduated from IHM Goa and followed it up with a Masters from Cornell University’s Hotel School. In 2013, Yash successfully opened Antidote, an establishment that went on to be awarded the ‘Best Bar in Singapore’ in 2014. 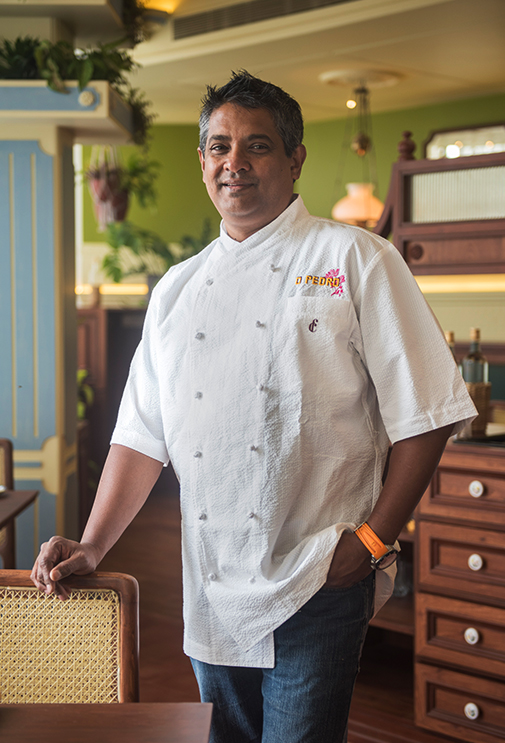 Floyd Cardoz, the celebrated chef and winner of Top Chef Masters, brings his signature mark to the food at The Bombay Canteen with a menu, which highlights seasonal produce and flavorful cooking. Cardoz grew up in Bandra and attended culinary school in Bombay.

An opportunity to work under Chef Gray Kunz led Cardoz to New York City, where he rose from chef de partie to chef de cuisine in five years. Over the next two decades, Cardoz helmed several establishments that celebrated his “New Indian cuisine,” of which one was the famous Indian restaurant “Tabla”. He is a four-time James Beard Award nominee and the recipient of the first-ever “Humanitarian of the Year Award” from Food TV. Cardoz is the author of Flavorwalla which was published by Artisan and One Spice Two Spice which was published by Harper Collins. He is also the Chef/Managing Partner of “Paowalla”, a new restaurant in New York City. 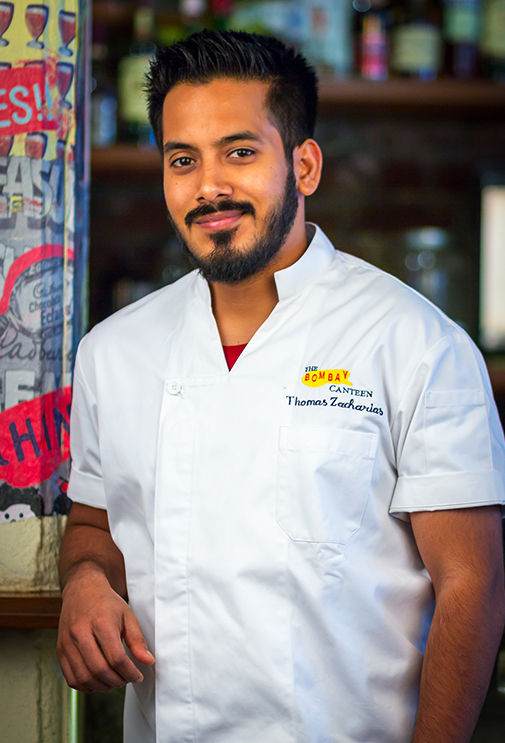 Thomas Zacharias’s or Toma as he is fondly known, began his culinary journey in his grandmother’s kitchen in Kerala. He completed his Hotel Management at the Welcomgroup Graduate School of Hotel Administration in Manipal and went off to the Culinary Institute of America (CIA) in New York.

Upon graduating, he worked at the three star Michelin seafood restaurant Le Bernardin also in New York City. In 2011, Thomas found his way back to India and joined Olive Bar & Kitchen in Bandra where he spent three years managing the kitchen operations. The inspirations from his gastronomic travels through India’s various regions, the bounty of the Mumbai markets and his grandmother’s kitchen all reflect in the menu at The Bombay Canteen.

Our team – cooks or servers, butchers or bartenders – speak to any of them and you’ll realize one thing, what ties us all together is that we all want to put a smile on the face of every guest that walks through the doors of The Bombay Canteen. We want you to come in and forget what you’ve been through, because we’re here take care of you! But as we do that we also take care of each other, that we learn from each other, that we grow as a team and most importantly that we have fun while doing all of this.

WE ARE DELIVERING! Starting tomorrow we will be available on @swiggy & @scootsy for deliveries. If you don’t fall in their delivery radius, Just call or whatsapp us on +919930552561 and preorder from us one day prior! 📞 . https://t.co/NUcJt3v7Rv 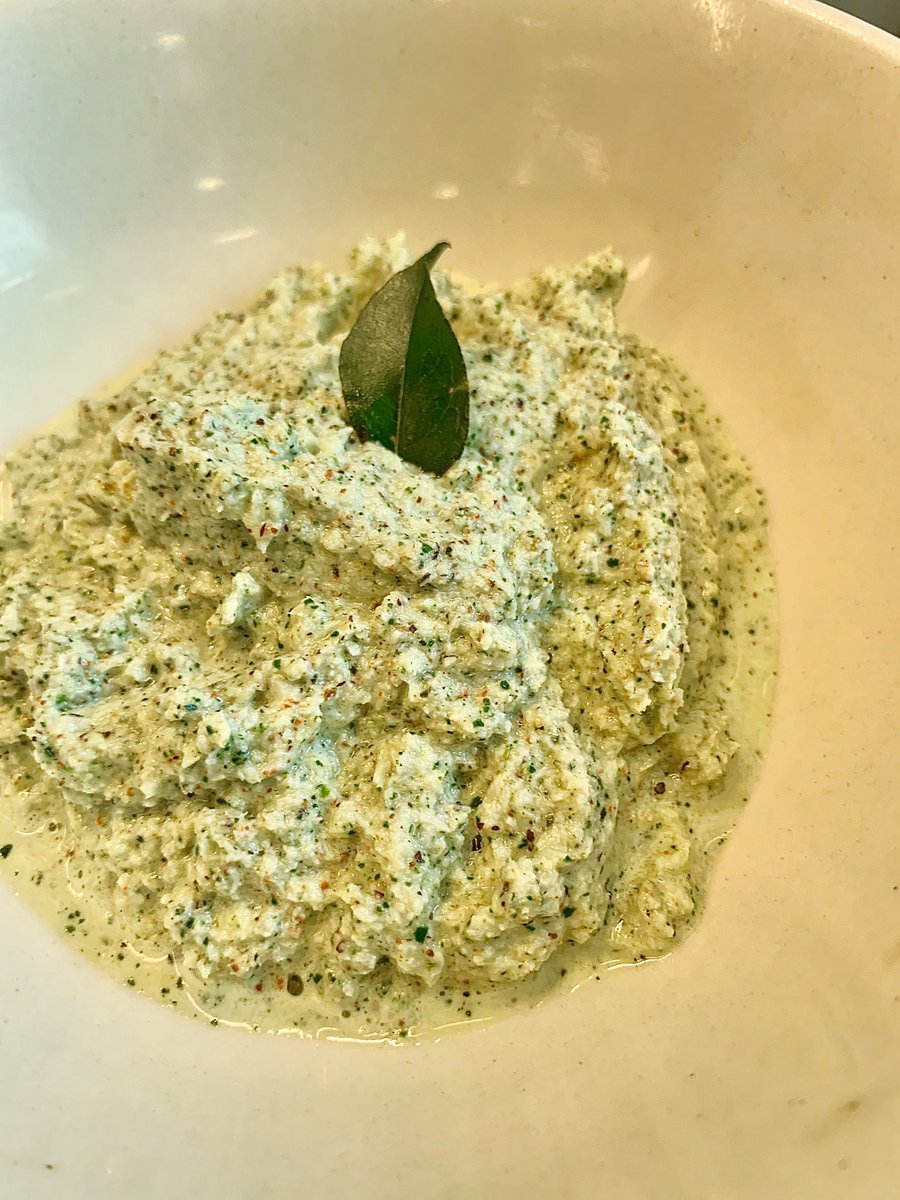 RT @ChefTZac: Now that you guys know how to break and clean a coconut, how about putting it to good use and trying this really simple but v… 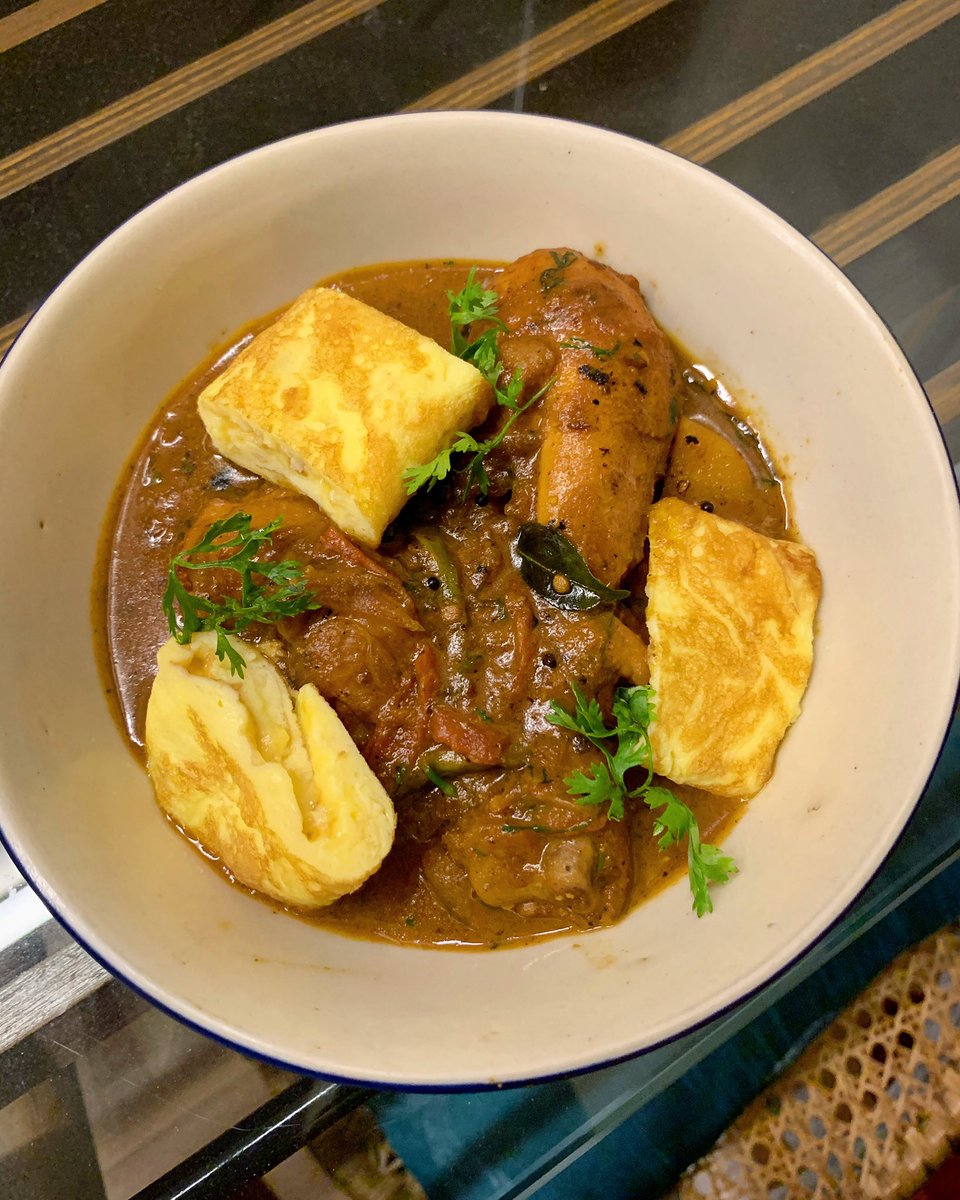 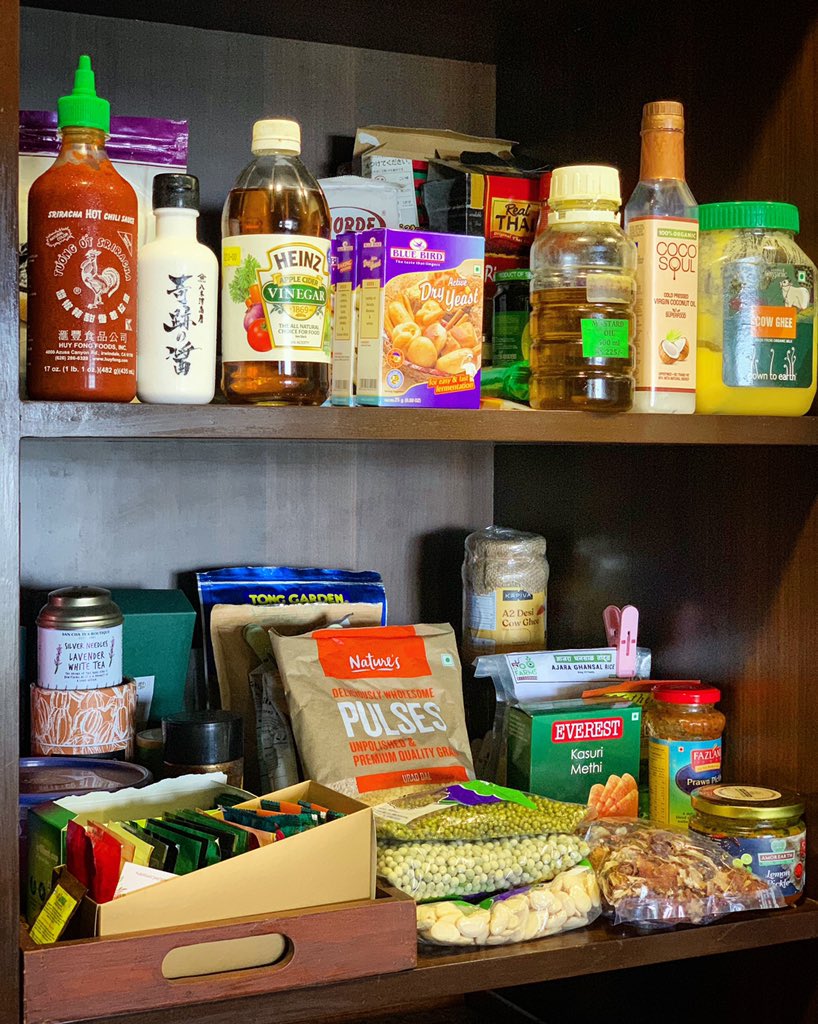 RT @ChefTZac: Feeling lost trying to figure out what to stock up in your kitchen pantry to help you navigate through this period of isolati… 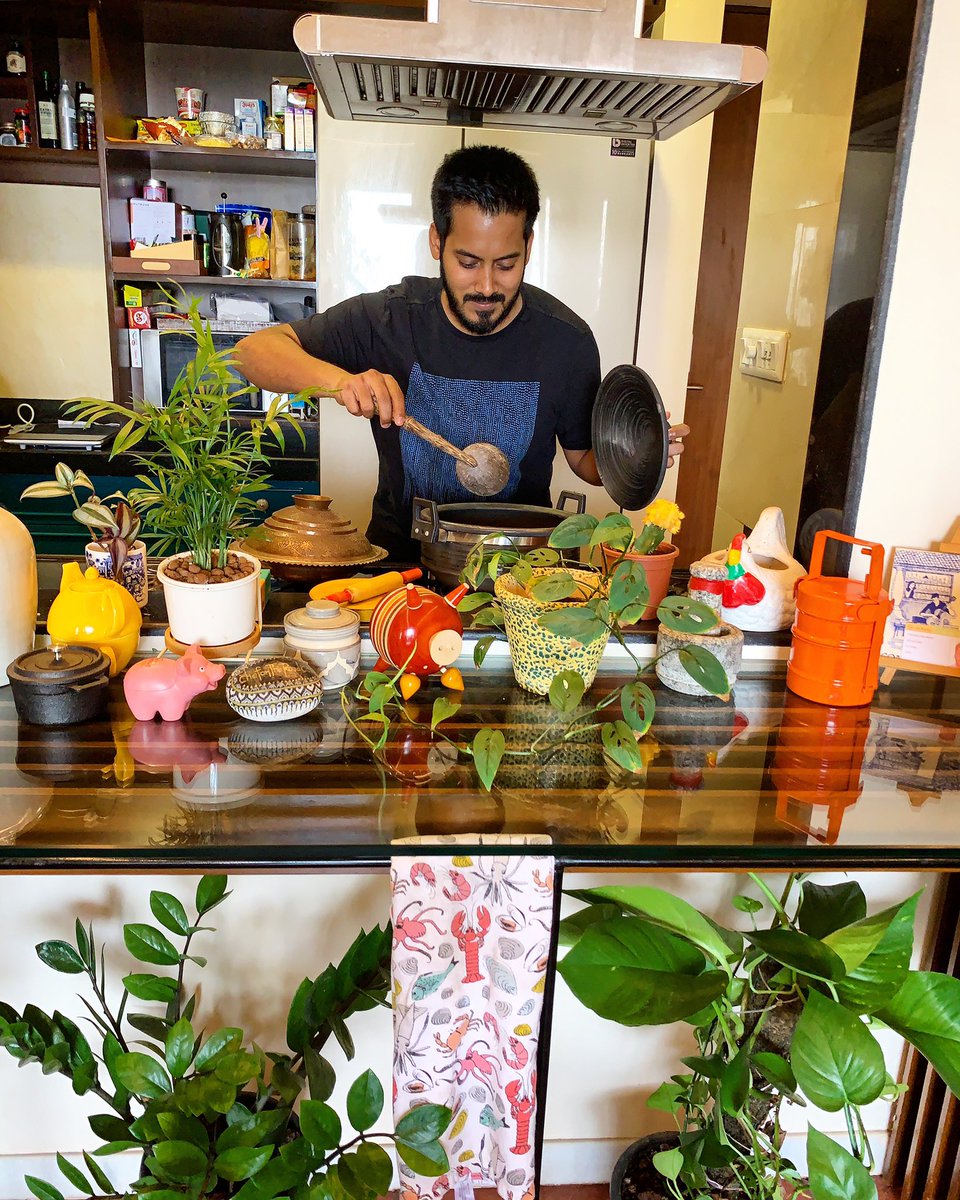 RT @ChefTZac: My latest piece, Cooking in the Time of Corona, on my personal blog ‘Memoirs of a Chef’ addresses how COVID-19 has changed th… 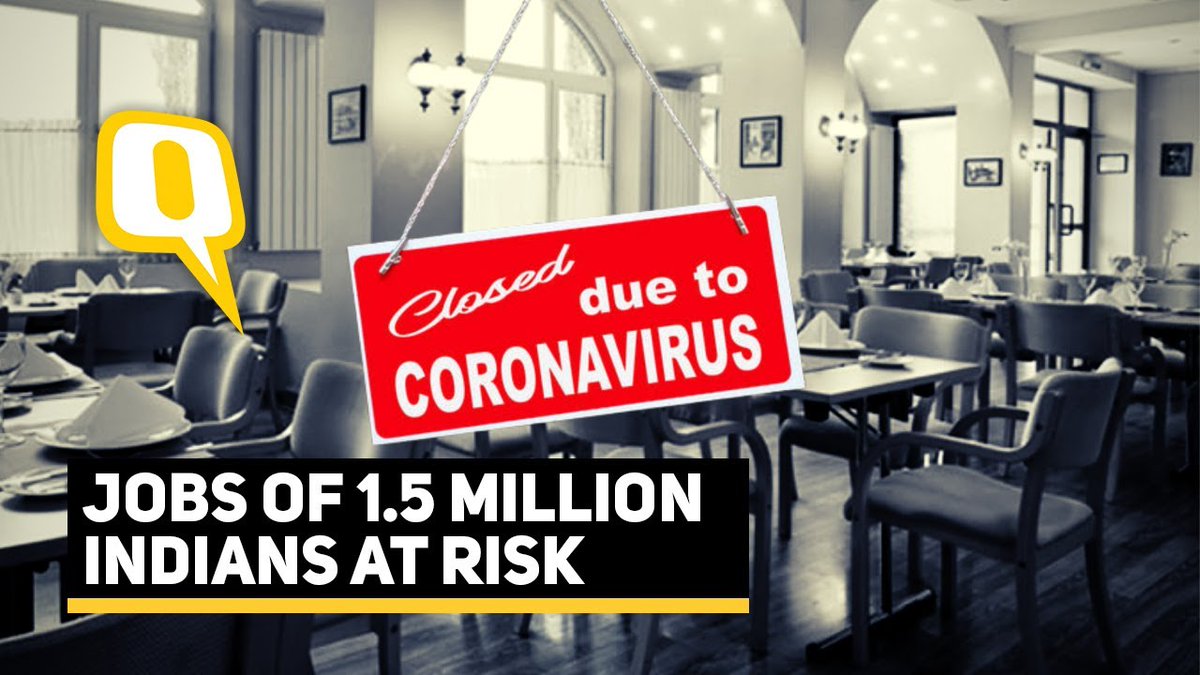 RT @gauridetails: Pls watch this to get some perspective on the effect of Covid on the Indian restaurant industry @TheQuint @NRAI_India @Ki… 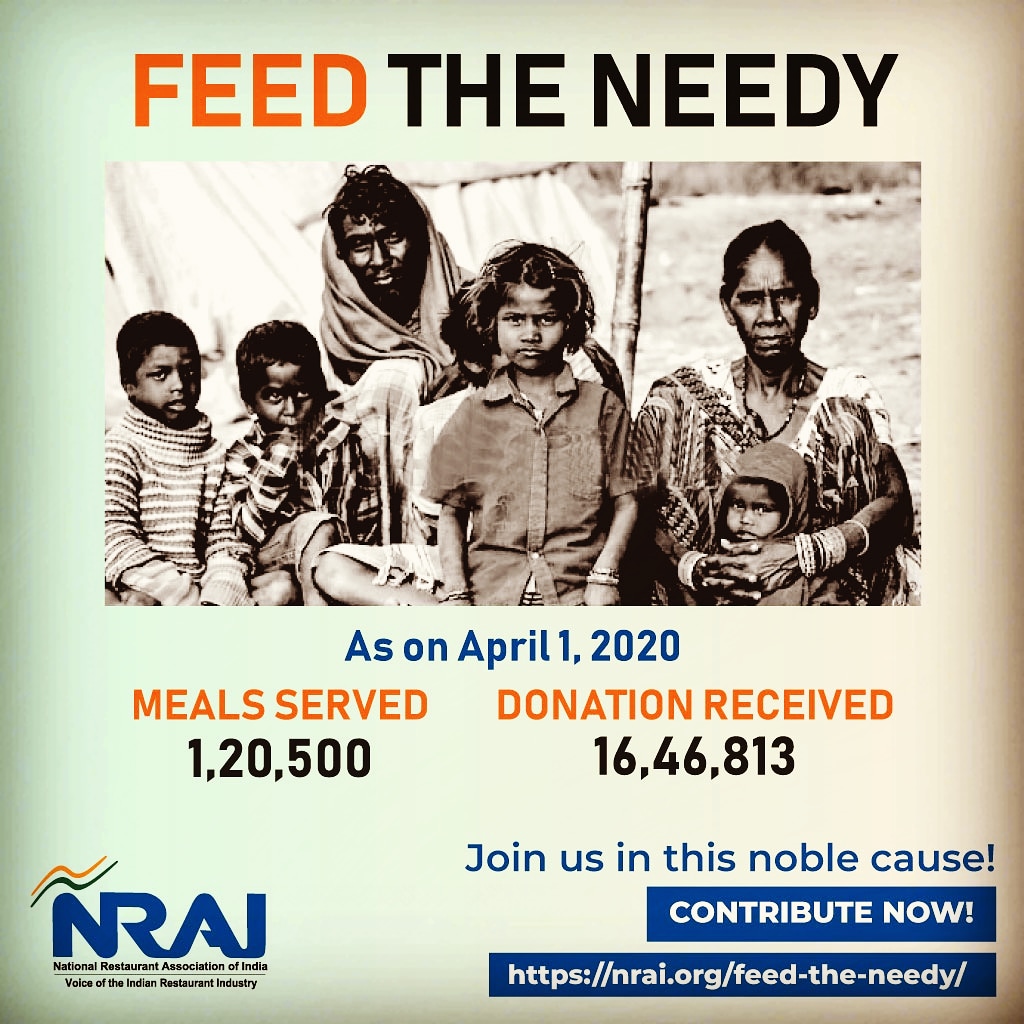 RT @KingKatriar: With generous contribution from public at large and massive efforts from our fraternity,we have made a good beginning in 2… 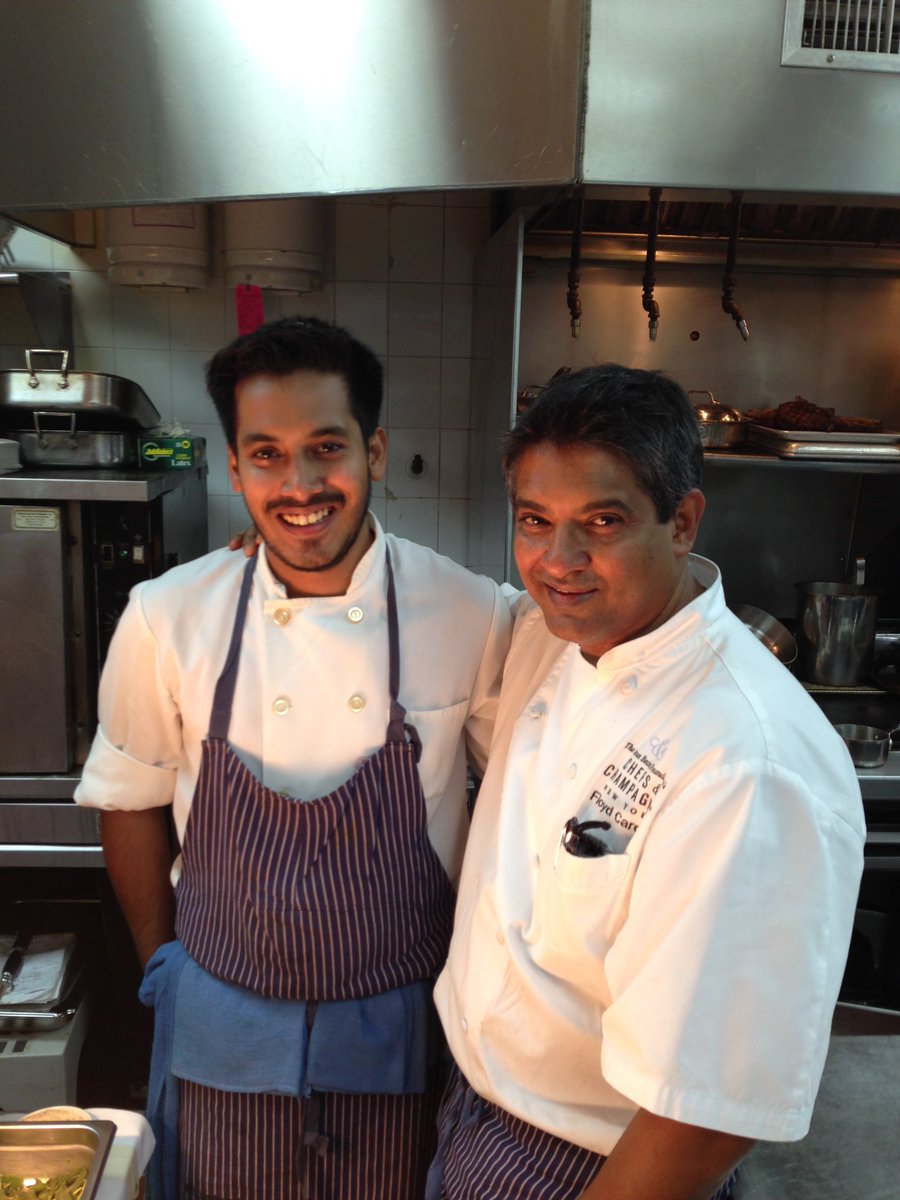 RT @ChefTZac: Its hard to ignore the countless lives that Chef Floyd must’ve touched in his time. For a man whose career spans close to 4 d… 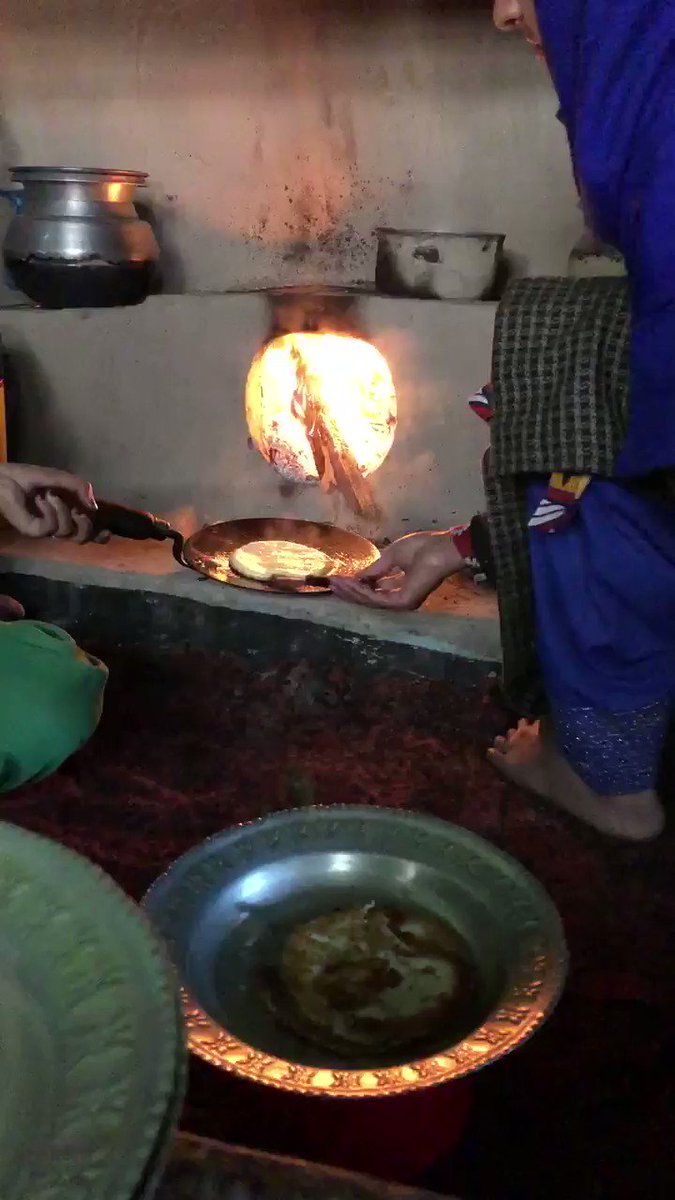 RT @ChefTZac: Kalari is typically prepared by heating the cheese directly on a tawa & allowing it to cook in it’s own fat. Reshma, the Gujj… 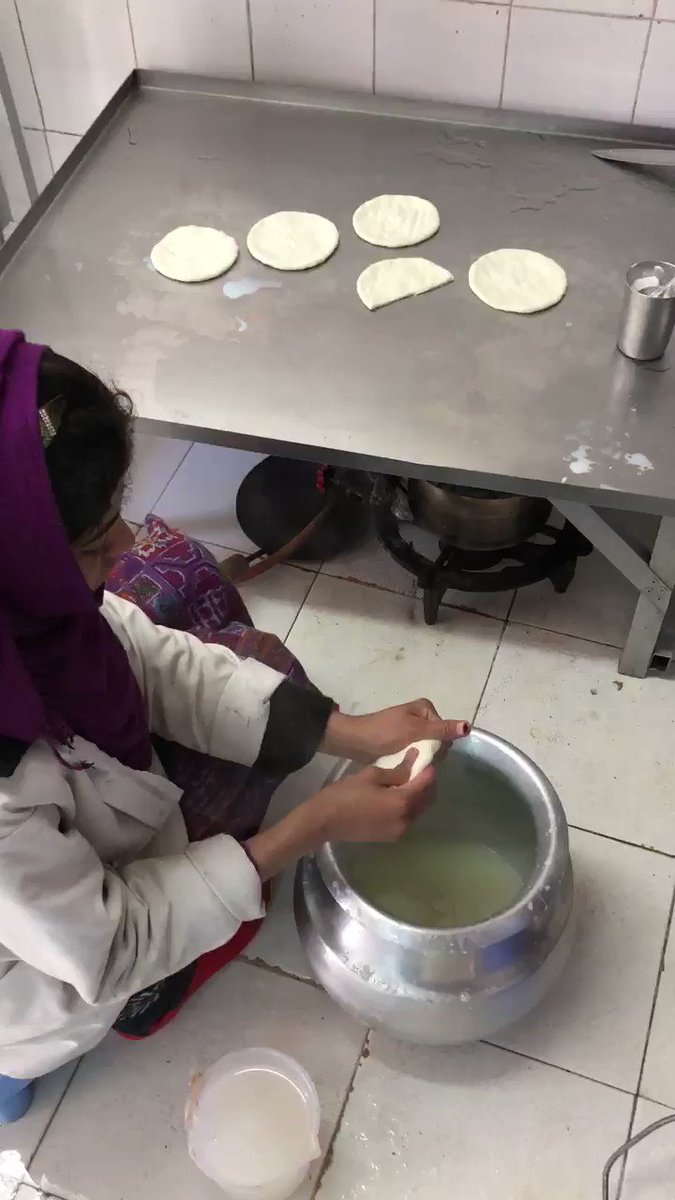 RT @ChefTZac: This is Kalari or Maish Krej, originally a cheese from Jammu with dense yet stretchy texture & mild Mozzarella-like flavor. T…

RT @ChefTZac: If you think paneer is the only real cheese that belongs to India, you are grossly mistaken. In fact, we proudly incorporate… 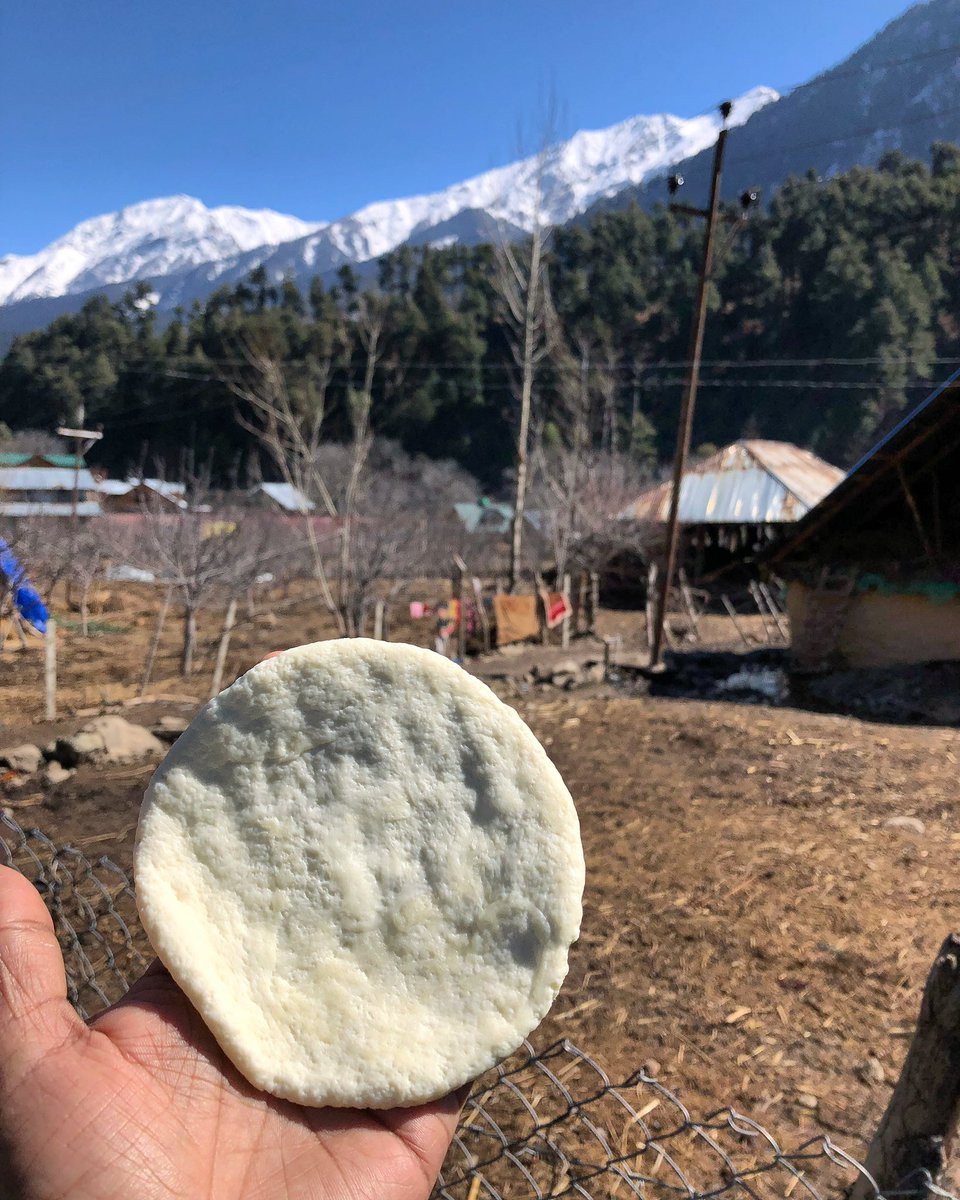 RT @ChefTZac: Exactly two years after I first came across Kalari during my #COTRkashmir trip, it makes its way on to our #TBCSummerMenu in… 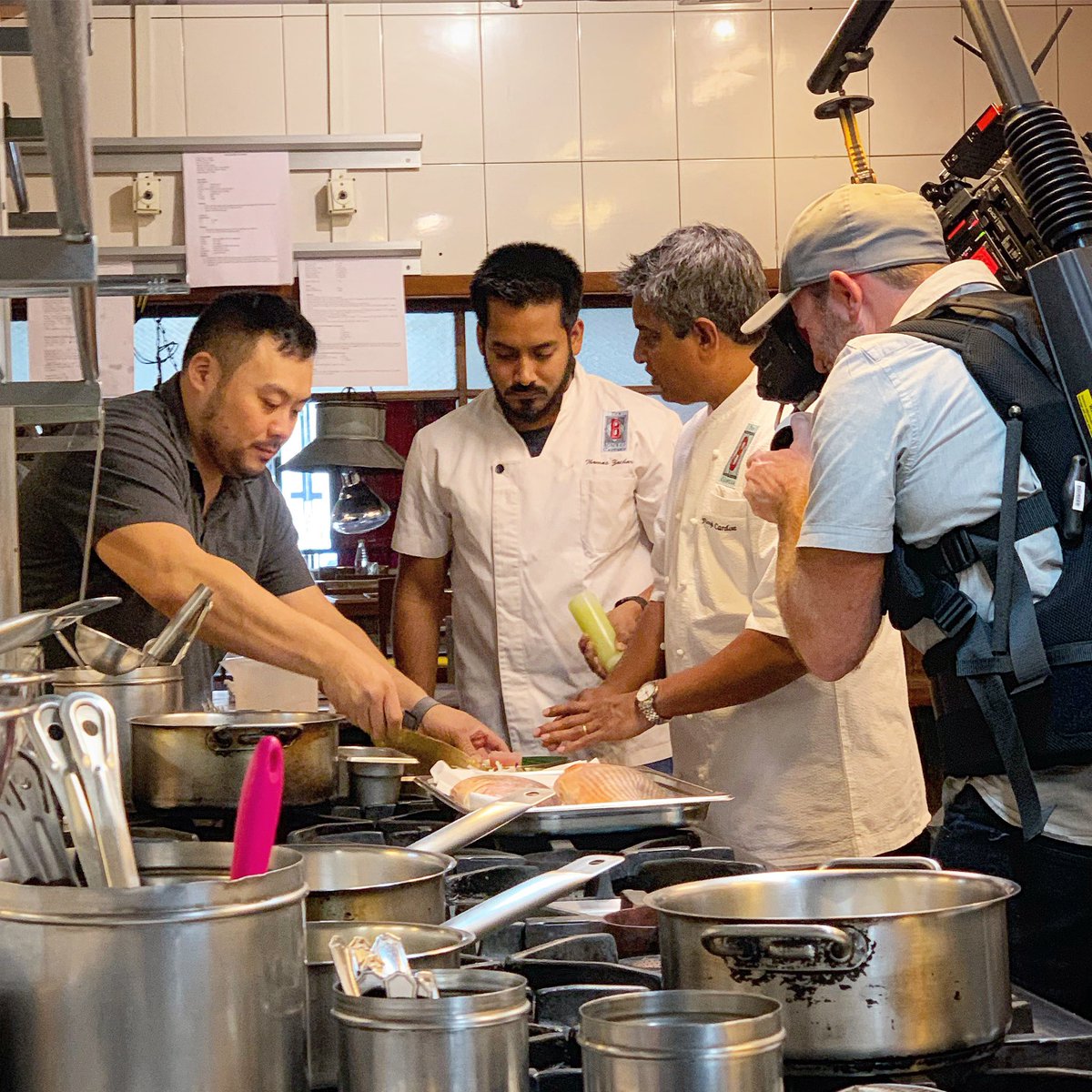 RT @ChefTZac: The all new season of @davidchang’s @uglydelicious is out on @netflix and we’re super stoked that @bombaycanteen is a part of…

RT @floydcardoz: Thank you @davidchang for telling the story of Indian food on uglydelicious Season 2. We were glad to cook for you both @o…

RT @wheresbel: Yassss the @bombaycanteen on Ugly Delicious?!!!!!!!!! The world needs to know how amazing they are!

All the happenings from your #favoriteADDA, all in one place!